The Adventures of Scamp

We love books about adventurous dogs! Scamp is one I remember from my puppyhood. Here are a few facts about the author and her books. 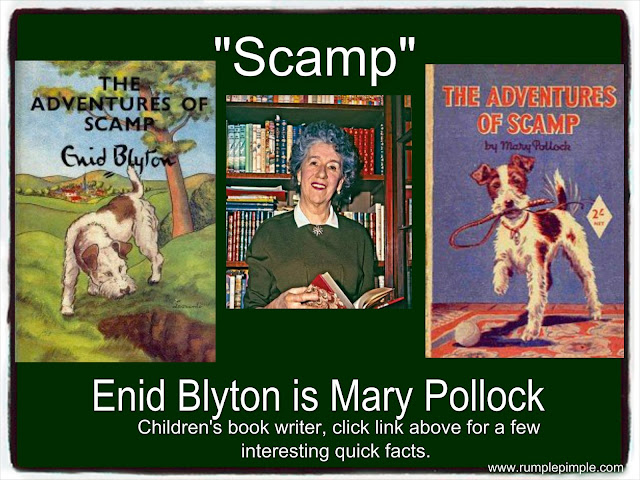